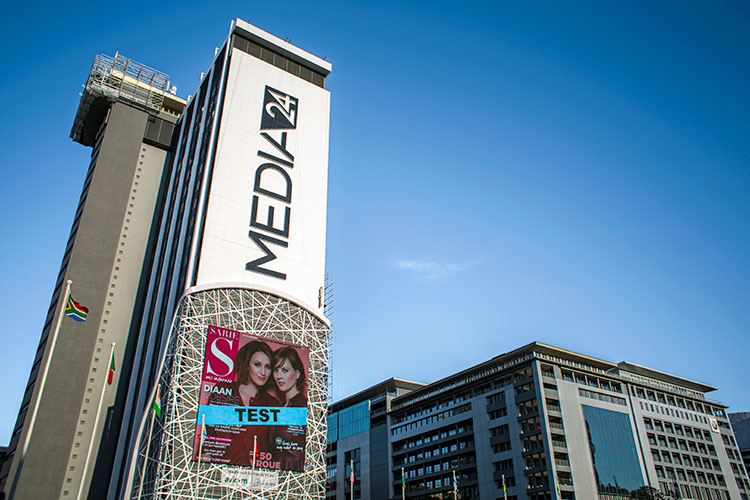 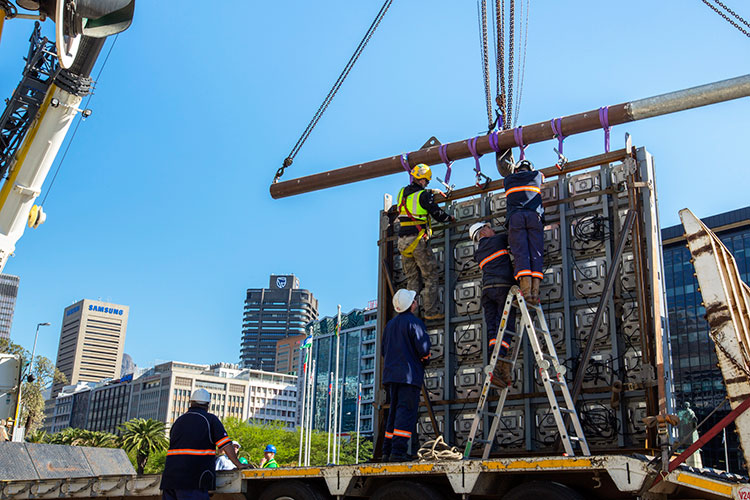 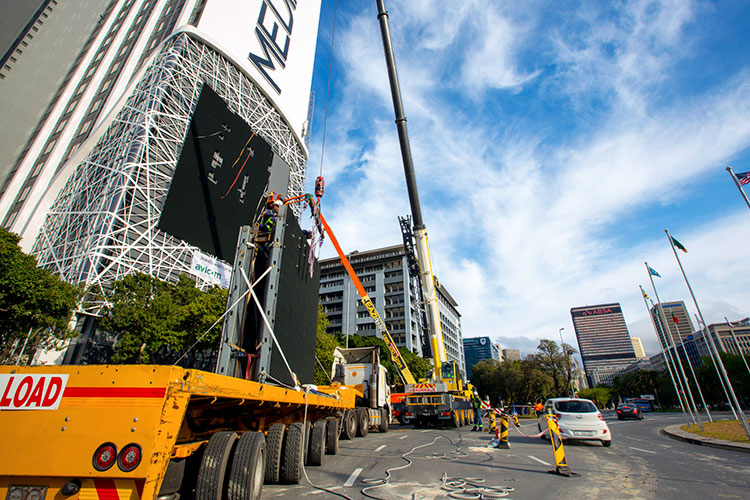 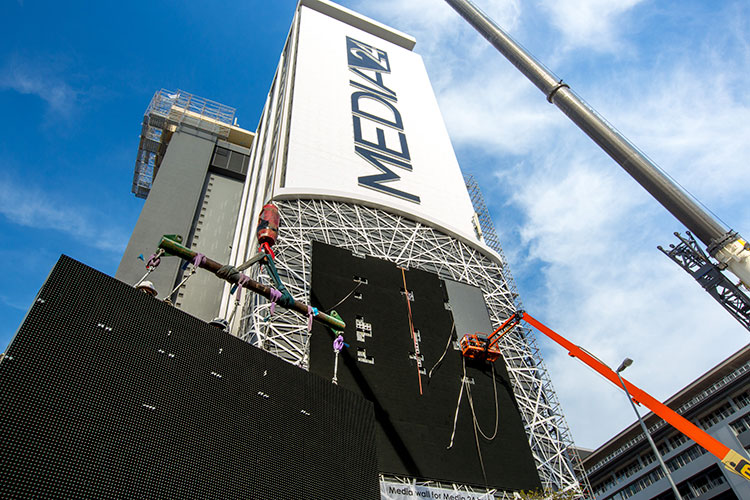 Naspers was founded in 1915, so this year marks it’s centenary year, and Avicom is proud to be part of their 100 year celebrations, after having been chosen to carry out the Media wall project.

The existing building on the Foreshore in Cape Town is a landmark sight that greets visitors and locals alike when travelling into Cape Town on the N1/N2 highways. The original building, which was built in 1962, was owned by Sanlam.

The current CEO of Media24, Esmare Weideman, thought it would be a good idea to revamp the building as part of the 100 year celebrations, and also to synchronise with Cape Town being awarded the World Design Capital for 2014 . To this end, a competition was held for young designers to put forward their designs and ideas on doing this. Many of the shortlisted designs incorporated media walls which changed the façades of buildings around the world.

Avicom has been associated with Media24 for the past 15 years – supplying much of their audio visual requirements, so it was no surprise that we were asked to investigate the best technology for this feature. After much research and consultation with various experts, a few designs were put forward to the team at Media24. Ultimately the decision was relatively easy to arrive at – the NEC screens were the most energy efficient screens available – while still being state of the art in design and functionality. In today’s South Africa, the conserving of this vital resource was of utmost importance.

Before this plan could proceed, permission to mount this large media wall had to be gained from the City of Cape Town. This would be the first of it’s kind in the City, and prior requests for similar media walls had been turned down, mainly for safety reasons. (Distracting for motorists). Certain conditions had to be complied with, but thankfully permission was finally granted, and the project could proceed.

Avicom is extremely proud to be associated with this project and together with Eyecom – we look forward to the media wall lighting up in time for the Naspers centenary celebrations….

changing the way businesses communicate since 1989